A Conversation: Talking About the End 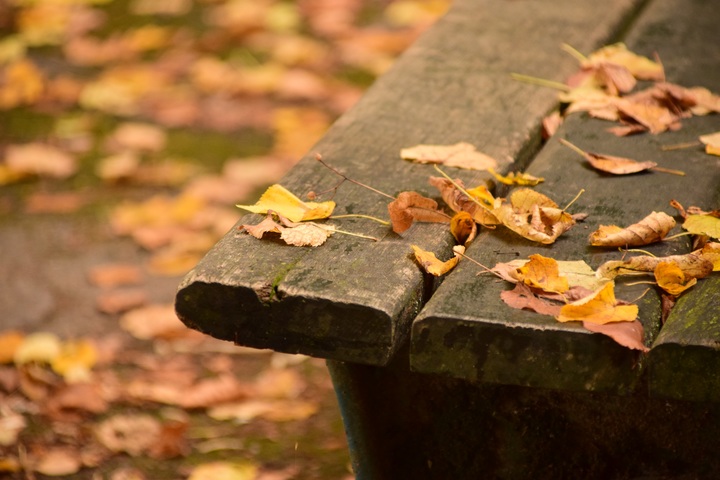 Phil Gutis, Assistant Sherpa on The Alzheimer’s Podcast, suggested we do a blog together. When a former New York Times reporter says that, the only obvious answer is, “Yes, please!” Our email correspondence is below. -CT

This weekend’s NYTimes Magazine had an interesting statistic:

“Do you think assisted suicide for people who are terminally ill should be legalized?”

The lopsided nature of the responses surprised me. What do you think?

PS: Every week the magazine publishes the results of a study conducted online in July 2018 by The New York Times‘s research-and-analytics department, reflecting the opinions of 4,151 subscribers who chose to participate. This week, the Times focused on assisted suicide for people who are terminally ill.

That statistic doesn't surprise me, but that may be because I live in Oregon. After twice voting to pass the Death with Dignity Act, it was finally enacted in late 1997.

What I think surprises most people (no matter which side they're on) is how little it's used. In Oregon last year, 168 of the 249 people who qualified to seek lethal prescriptions through DWDA used them. In other words, less than .004% of Oregon's population died as a result of DWDA in 2018.

Even for people like myself who have zero fear of death, that's not the same as having zero fear of how we'll die. One of the things we're most terrified of as humans is losing control. The idea behind any DWDA is being able to stay in control, having a voice in the how.

Why did the survey response surprise you?

Why do those numbers surprise me? Well, first off, it is quite unusual to see anything these days that draws that kind of support in our deeply divided country. And particularly when it comes to a "life" issue, which seem to draw so much heated disagreement.

I too am not too afraid of dying (although there were a few years in the past that makes me wonder if a series of sweaty pitchforks might be in my future!) But I am absolutely terrified of the process of death and want to make sure my passing is as comfortable as possible.

I am about to make an appointment to see an elder law attorney in the area who I hope will help us put in place the paperwork necessary to have my wishes carried out when it comes to my last days.

Now if I could just figure out what I want those days to look like! Any ideas?

We know the one thing we can (almost) all agree on is our deep-seated need for autonomy!

The easiest way I've found to dial down on what someone wants (about anything) is to first ask what they don't want. That's the stuff that seems to come to mind more readily, anyway. So instead of fighting those thoughts and spending energy trying to refocus, I like to just put it all out there on paper (or monitor, as the case may be).

For example, I'm certain I don't want to die in a hospital. But that's where 60 percent of Americans die, so I know I've got to spell out the circumstances under which I'd be okay with going to the hospital or not. And by "spell out," I mean in writing, in a legal and notarized document. And also by making sure my designated agent (called variously, depending on your state or the setting, "Power of Attorney for Health Care" or "Health Care Proxy" or "Responsible Party") not only fully understands what I want but is also on board with it.

Although it's only recognized in 42 states and D.C., the Five Wishes is still a really useful tool for thinking through end of life and how that could look. It also helps people have conversations with their families about what they want.

Everyone deserves to have a good death, and that includes a good end of life. The Five Wishes goes a very long way toward making that a reality.

Speaking of patient autonomy, I stumbled on a story from Kaiser Health News that discusses the idea of “rational suicide” and notes that increasing numbers of seniors are talking -- quietly -- about deciding when they’ve lived long enough:

“They say they want the option to take ‘preemptive action’ before their health declines in their later years, particularly due to dementia.”

The article is an interesting compilation and includes voices from senior, doctors, ethicists and religious figures.

I agree with Dena Davis, a bioethics professor at Lehigh University, who, according to the article, defends “rational suicide” and the “idea that suicide can be a well-reasoned decision” instead of the result of emotional or psychological problems.

Davis, whose mother died from dementia, is firm in her belief that is not the end that she is seeking.

I’m with her -- and with you -- in my belief that we need patient autonomy. But I’m very afraid that by the time I’d want to leave, I won’t be able to make a rational decision and I fear putting Tim and others in legal danger.

Are my fears legitimate? This almost seems like an impossible dilemma.

Sorry to say, your fears are completely legitimate. Death With Dignity laws preclude people with a diagnosed neurodegenerative disorder from using them.

It’s a catch-22, because when a person is able to make those decisions, they aren’t close enough to death to qualify. By the time they are able to qualify, they don’t have the capacity to make the decision.

Although I do believe autonomy is a basic human right for adults, I also believe that quality of life is highly subjective as well as malleable. People talk about “not wanting to live that way” when referring to the later stages of dementia, as though there’s zero quality of life.

In my experience, that’s not true. That said, it is different than it would’ve been a decade before. And that’s true of anyone, throughout their life.

Leaving aside accomplishing an assisted death for a moment, those are important questions. Because we don’t know exactly when quality of life will shift, we (family and professional care partners) need to look at ways to optimize quality of life right now. And we need to make sure we’re doing everything we can to mitigate end of life fears, no matter how or when a life may end.

So my question to you: What is it, specifically, that you want to avoid? What is it that you believe will be unbearable?

Wow. That nails the issue right on the head, doesn’t it. Well, I don’t want to be the father in the documentary Carpe Kilimanjaro: An Alzheimer's Project. Watching that man transform was one of the most difficult things I’ve ever had to watch and I know I don’t want my journey to be prolonged that long.

And I don’t want to be the man in the documentary previewed on our cruise in April. That documentary -- called Spent: The Hidden Cost of Dementia -- featured a man holding his head and begging to have “it” stop. The film isn’t out yet but the snippet we saw was also incredibly challenging to watch.

I think I want my end to be like the one experienced by my friend Elaine. I wrote about her in my weekly journal on MemoryWell.

Elaine “passed in her sleep, at home, surrounded by her family, just as she hoped,” I wrote.

I continued: “I tried to convince myself that I could be as brave about facing death as our friend Elaine. I hope to emulate her, her strength and her courage.”

When my time comes, I hope someone can thank me for my strength and courage. That I went quietly surrounded by family and friends.

That’s what I want.

Christy Turner is a speaker and consultant, host of The Alzheimer’s Podcast, founder of DementiaSherpa.com, and creator of the online programs Memory Care at Home and The Dementia Sherpa’s Guide to Moving into Memory Care. She’s enjoyed the privilege of working with over 1,500 people living with dementia and their families so far, including multiple experiences in her own family.
Phil Gutis is a former New York Times reporter and current contributor. He served on the Alzheimer’s Association Early Onset Advisory Board and is currently on the board of the Alzheimer’s Association-Delaware Valley Chapter. In addition to being a full-time Alzheimer’s advocate, Phil is a columnist for MemoryWell.com, and is the Assistant Sherpa on The Alzheimer’s Podcast. Phil was diagnosed with early onset Alzheimer’s disease three years ago, at age 54. For a curated collection of all things Phil, visit PhilGutis.com.