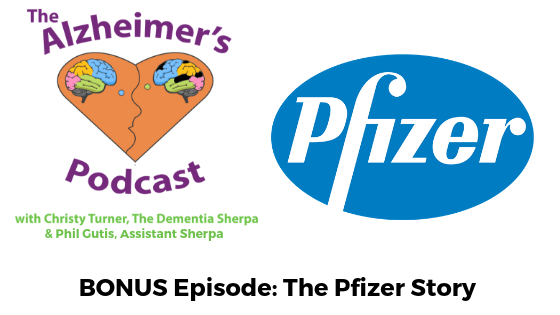 In 2015, Pfizer researchers discovered their own anti-inflammatory drug, Enbrel, appeared to reduce the risk of Alzheimer’s disease by 64%. Last Wednesday, four years later, the rest of us found out about it. Phil and I discuss in this bonus episode, The Pfizer Story.

Mike Good founded The Alzheimer’s Podcast in May 2017. Christy appears as a guest in episodes 15, 19, 21, and 23-26. She became the featured expert on the show starting with episode 28 and appears in every episode after, except 56. When Mike decided to follow his bliss, Christy took over the show in January 2019. She misses Mike’s mad tech skills. All. The. Time.