Is It Time for Intervention? Part 6: Cognitive Changes 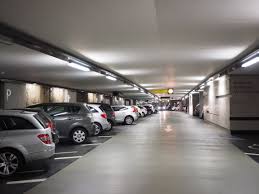 The final piece in our series Is It Time for Intervention? focuses on cognitive changes. I chose to do it last, because cognition tends to get the most attention. Changes in other areas are often missed or attributed to something outside of dementia.

For more details on each area, check out the Is It Time for Intervention? series:

Even signs of cognitive changes are often brushed off. We tell ourselves that it must be something else, because it’s too painful to allow ourselves to think it really could be dementia.

And of course, it may not be dementia.

Older adults with depression or a vitamin deficiency or urinary tract infection or impaired thyroid function may exhibit symptoms that mimic dementia.

On the other hand, if it is dementia, any of these other conditions will exacerbate dementia symptoms. This is why it’s important to always promptly seek medical attention.

Why it’s a big deal: Because that’s not normal, and there’s a reason. Another way to say “familiar tasks” is the more geek-speaky “instrumental activities of daily living.” These are things like making a phone call, doing laundry, paying bills, and preparing meals.

None of that seems like a big deal…unless someone is unable to do them. In that case, a situation turn unpleasant or even life-threatening.

When to intervene: As soon as you notice signs this is the case. It usually looks like one or more of the following: piles of unwashed laundry; not wearing clean clothes; a sink full of dirty dishes; utility service cut off; empty cupboards, pantry, or refrigerator.

Intervention quick tip: Rather than giving in to a panicky confrontation that can come across as anger to your person, jump in to help. Don’t ask if you can, just start doing. Better yet, get your person involved. Then be open for conversation.

Why it’s a big deal: It’s one thing to successfully navigate international travel when you’ve never done it before, or driving downtown in a major city when you rarely do that. It’s another thing entirely to get disoriented in the grocery store you’ve been shopping in for years.

People who are in the earlier stages of cognitive impairment will often start to withdraw as familiar situations become increasingly difficult. Younger people are often still working, and it will manifest as poor work performance.

If your person is suddenly unemployed (especially from a job they formerly loved), or the go-to supermarket is suddenly an awful place, take heed. A primary defense mechanism is heaping blame on external forces that were never an issue before.

When to intervene: As soon as you’re aware of it, move forward with making a doctor appointment. Go to a PCP first if your insurance requires a referral. Otherwise, proceed directly to a neuropsychologist and/or neurologist.

Why it’s a big deal: Everyone pauses to search for a word occasionally. The problem is when it becomes a pattern or when it’s a common word or when it’s a sudden-onset problem.

When to intervene: Sooner rather than later–and I say this knowing most people won’t do it. Word-finding difficulty could be a sign of cognitive loss, or a stroke, or a tumor. The point being, something isn’t right, and medical intervention is necessary to determine the root cause and treatment going forward.

Intervention quick tip: Ask for clarification. If your person says, “Please, pass the salt,” while motioning toward the pepper, ask if she means pepper. Then watch for the reaction. Typically the bigger the reaction, the more serious the need to take this sign seriously. (On the other end of that, a blank look in response is also cause for concern.)

Why it’s a big deal: Speech is a major way we stay connected. If someone is struggling to find a word or generally figure out what they want to say in response to you, it could be a sign of cognitive loss. Or hearing loss, which, left untreated, has a high correlation with cognitive loss.

When to intervene: As soon as you notice the issue. This is yet another example of multiple possible causes–hearing impairment, cognitive loss, stroke, tumor?–that require medical expertise to get it sorted.

Intervention quick tip: Make sure your person can see your face when you’re speaking, and is sitting in close range. After you’ve spoken, allow extra time in order for him to process what you’ve said and formulate a response. If possible, use visual cues to help convey your meaning and speed processing time.

When to intervene: As with any sign, if it’s of sudden onset, seek medical attention right away. Start with a PCP and move on from there is the source of the problem eludes you.

Why it’s a big deal: I’ll readily admit that if it’s not on my calendar, it’s not happening–whatever “it” may be. In this case, though, we’re focusing on people who have calendars and still aren’t able to make it to appointments. Tools like calendars are terrific, but only to the extent people are able to use them.

When to intervene: When you notice this is a problem, or when you’ve noticed similar problems in other areas.

Intervention quick tip: Ask office staff to send reminder postcards and voicemails to you rather than your person so you can stay on top of appointments. You might also want to make sure you’ve got bill pay set up at this point, as well.

Sign: Getting lost on foot or in the car in familiar locations/environments

Why it’s a big deal: A few years ago, I had clients who were found by police after sitting in their car for several hours, lost. They were on the way to the Burger King five blocks away, where they’d been eating lunch every day for two years. They were three blocks from the home they’d lived in for more than 20 years. Blessedly, they’d pulled over.

Here’s another one: a friend’s mom called her in a panic, telling her she had no idea where she was; she just knew it was a parking lot. After calming her and then asking several questions, my friend was able to ascertain her mom was in the grocery store parking lot a few blocks from home.

I’ve got so many of these stories, it’s silly. Things like this can and do happen. Most people think this is the kind of thing that won’t ever happen in their family. All I can tell you is, 70% of all people living with dementia will “wander” (ie, head some place known only to them) at some point. And, there is no known warning sign that allows us to say it will happen to Jane but not Joe. Those are bad odds.

When to intervene: Right now.

Intervention quick tip: If you haven’t already, make sure your person is registered in the Safe Return program. Better yet, register yourself too, just in case something happens to you. That way, first responders will know you have a person who’s depending on you.

I hope this series has given you a better idea of when to intervene. You can download the checklist for all areas at the top of the page.

Christy Turner is a speaker and consultant, the founder of DementiaSherpa.com, and creator of the program What To Do When Your Parent or Partner Has Dementia. She’s a regular contributor on The Alzheimer’s Podcast  with her segments “Guiding You Through Rough Terrain with The Dementia Sherpa.” Christy has enjoyed the privilege of working with over 1,200 people living with dementia and their families.