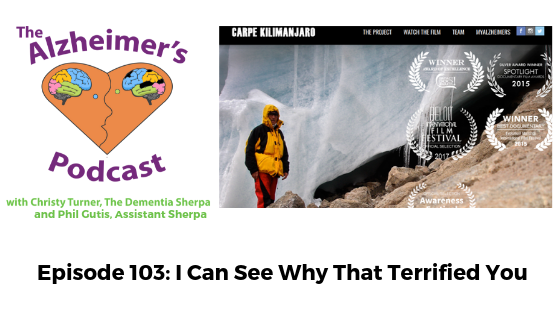 Phil and Christy chat about a solution for when driving is no longer possible, leading to an explanation of the ‘addition before subtraction’ technique.

Phil watched a documentary that terrifed him, teeing up Christy for a soapbox moment that winds up with tips for how families can be an effective advocate for their person.