#105: Sanctuary in the Midst of Alzheimer’s 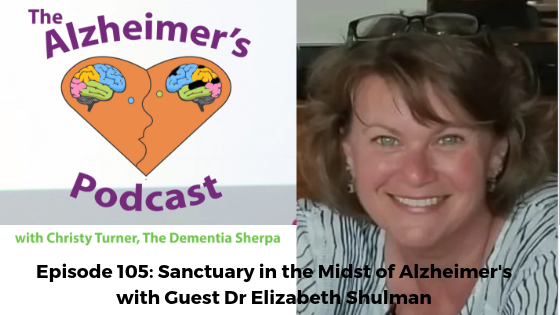 Our guest is Dr Elizabeth Shulman. She’s author of the book Sanctuary in the Midst of Alzheimer’s. Elizabeth has a Doctorate of Ministry and Counseling and she has, I think, a very compelling personal experience that led her to working with care partners.

Dementia can last 20+ years. That's a long time to fly by the seat of your pants, struggling through trial and error!