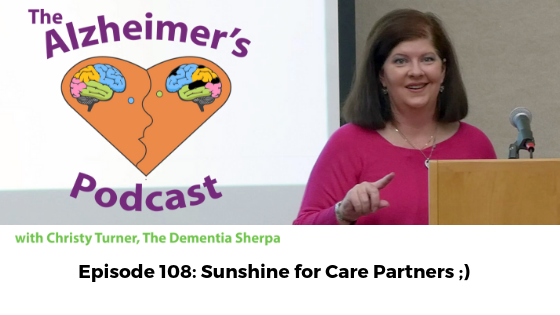 Because being a dementia care partner is often a thankless role, sometimes you just need some sunshine from your Dementia Sherpa 😉