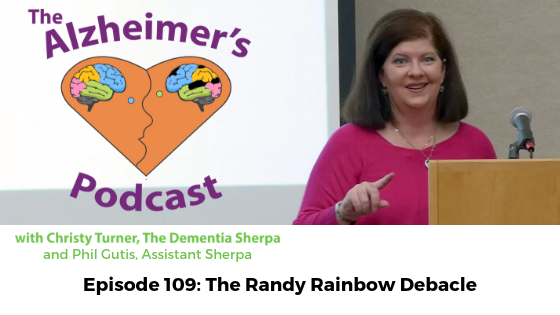 “So, I had another little incident with memory, the vast memory hole, which left
me crying in a restaurant.”

Because that’s how Phil Gutis, our Assistant Sherpa, started our conversation this past Wednesday, I knew it was going to be a tough story to hear.

Several days later, I’m still astounded by Phil’s generosity in sharing the story. My hope is our discussion of how the experience felt for Phil will give care partners insight into what it’s like for a person living with a neurodegenerative disorder.

Pay close attention to the answers Phil gives starting around the 5:19 mark during this story. He’s giving voice to what your person may not still be able to tell you.

Although Phil’s story is a visceral gut-punch, I believe it will also help care partners learn some different ways to respond so that you can have positive interactions with your person that you both feel good about.