#114: The Incidents are Coming Faster and Faster 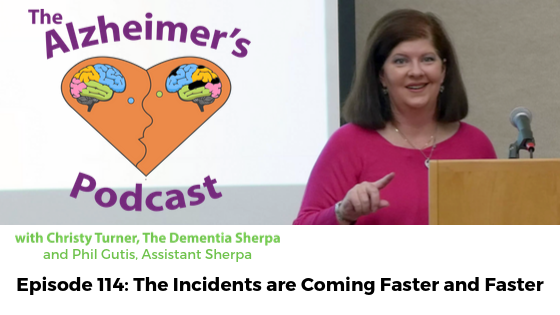 “The incidents are coming faster and faster and you know, even though I often say that I feel just fine, you know, I’m clearly not just fine.

And no matter how many times it happens, at this point I think it’s going to devastate me because it’s just yet another smack in the face that I am sick. And…no matter how much I feel like the old Phil, I’m not the old Phil. And I guess that’s the hardest thing.” – Phil Gutis

Phil and I continue the conversation we started in episode 113, where Phil talks about getting on the wrong train in Philadelphia and the rising panic he initially felt in trying to figure out how the train ended up at the wrong stop.

As he says in that episode, it took 16 hours before he realized that he got on the wrong train in Philadelphia, rather than the train going to the wrong station. Here, we talk about the aftermath of that incident, and what it means to Phil.

Mentioned in This Episode