#94: “I Am Very Uncomfortable Talking to People with Alzheimer’s” 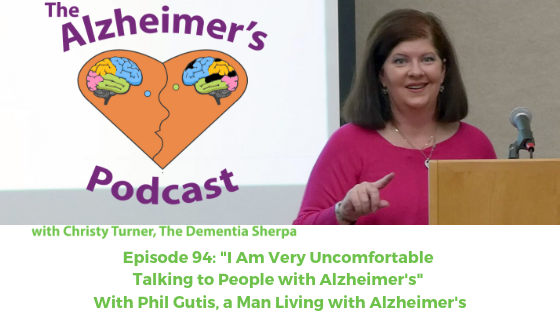 Communicating with people living with Alzheimer’s or other types of dementia is a struggle for many people. Folks aren’t sure what to say, or are afraid it’s going to be awkward. Phil Gutis, who was diagnosed three years ago, is right there with you: “I am very uncomfortable talking to people with Alzheimer’s.”

In this episode, we tackle communicating with people living with dementia at any stage in the process, plus reveal a couple of our pet peeve words and phrases.