#99: Anosognosia and the Bliss of Ignorance 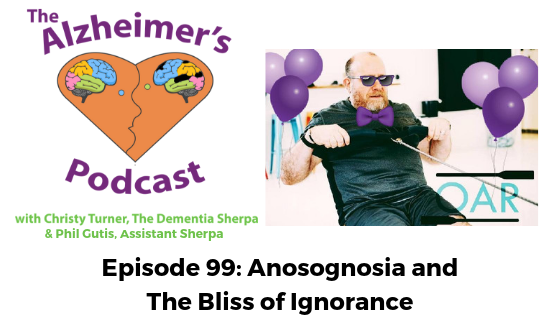 Phil Gutis, our Assistant Sherpa, is with us again today. We answer a listener question about anosognosia, a condition in which a person is unaware they have another condition (such as Alzheimer’s). Phil ponders if he’d prefer knowing his diagnosis or the bliss of ignorance. And we talk about what we’re doing for The Longest Day, which is just around the corner (on June 21st!).