Is a Diagnosis of “Dementia” Enough? 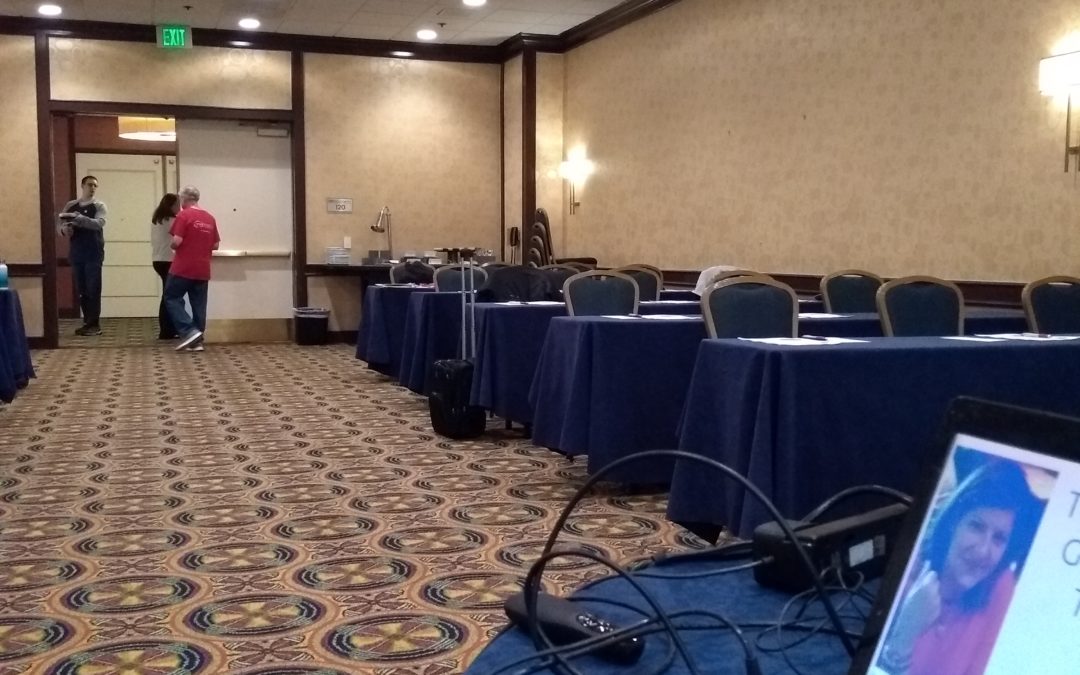 Watching as the room gets set up for support group facilitator training at The AFTD 2019 National Education Conference.

If your person has a diagnosis of

You just really strongly suspect that it’s probably dementia but no formal diagnosis has yet been made, please keep reading. This is for you.

When we hear the word dementia, we usually think memory loss, confusion, and Alzheimer’s. As many of you know, not everyone who has dementia has Alzheimer’s disease as the underlying cause.

There are about 300 other types or causes of dementia.  Two of the most widely known are dementia with Lewy bodies (LBD) and vascular dementia, which can be caused by a serious problem within the vascular system, such as chronic high blood pressure and/or stroke.

The Red-Headed Stepchild of Dementia World

Frontotemporal degeneration (FTD) is another cause of dementia, but it’s essentially the red-headed stepchild of dementia world because it accounts for about 8% of dementias.

That doesn’t sound like much, but when we consider how many millions of people are living with dementia, that’s a significant number.

People with FTD are often misdiagnosed initially; it takes, on average, 3-5 years to arrive at an accurate diagnosis.

The misdiagnosis (or missed diagnosis) problem is so common that The Association for Frontotemporal Degeneration (The AFTD) ran a public service campaign in 2017 with the tagline “Think it’s Alzheimer’s? Think again. Think FTD.”

Does What We Call It Really Matter?

Some folks believe getting a correct diagnosis isn’t a big deal, that “dementia” will suffice because after all, we’re talking about a condition that attacks the whole brain. Does what we call it really matter?

We could say the same about cancer.

In the sense no one wants to have dementia or cancer, it’s true–we don’t need to dial down past that. But on the far more significant point of getting the best treatment available, as well as the best support and help, it’s crucial to pinpoint exactly what type we’re talking about.

Accurate Diagnosis is a BFD for FTD (and Other Types)

In discussing any type or cause of dementia, I’ll always espouse my unshakeable belief that every person living with dementia deserves to be treated with respect, kindness, love, empathy, and compassion (AKA The Good Stuff), and that their care partners are entitled to support along the way.

One of the ways we can ensure that happens is to make accurate diagnosis a priority. People with a certain type of FTD, for example, are too often dismissively accused of “having a midlife crisis” or “having a nervous breakdown,” when in fact their brains are under attack.

The more people who know there are other types and causes of dementia beyond Alzheimer’s disease, the likelier it is that our person gets an accurate diagnosis, whatever that turns out to be. Pejorative labels deny the person with symptoms and their primary care partners access to the care and support they need and deserve.

A Few Takeaways from The AFTD Conference

I had the privilege of attending The AFTD National Education Conference last week, providing training for their support group facilitators and speaking alongside Marianne Sanders (The Cleveland Clinic) at a breakout session for families figuring out what’s next after finally landing at a correct diagnosis.

While I could go on and on about what a joy it was to spend time with such an awesome group of people–and I no doubt will at some point in the future–for now, I want to leave you with a few important takeaways.

Speaker Laurie Scherrer (“Pointers from Someone Living with FTD: Encourage, Empower, Enable, Engage”) told a powerful story about the time two light switches in her kitchen caused confusion at the end of the day.

I won’t detail the whole story here—I’m asking her to be on The Alzheimer’s Podcast to tell it herself—but she emphasized that although it was a familiar environment, the set up didn’t make sense to her in that moment.

Additionally, her formerly usual coping and reasoning skills had deserted her in that moment. She said her brain went into panic mode, and she wasn’t easily consoled.

“To live our lives as we see fit…”

Speaker Amy Shives, MEd, “a person living with FTD” presented “Managing Behavioral Variant FTD.” Happily, Amy’s already agreed to be on The Alzheimer’s Podcast. We’ll do a deeper dive on the podcast, but for now enjoy these golden nuggets.

Takeaway: “It is necessary for us, the people with dementia, to continue to live our lives as we see fit for ourselves. Someone else’s lifestyle, beliefs, and attitudes cannot be taken on as our own.”

Takeaway: “We are people living with dementia. WE ARE PEOPLE WITH A DISEASE. WE ARE NOT THE DISEASE.” [All caps are Amy’s, per the prepared text.]