Is It Time for Intervention? Part 3: Changes in Usual Behavior 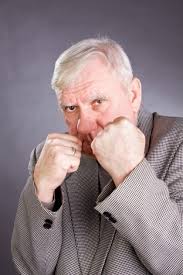 Hands down, this is the #1 most common question I’m asked. Because of the progressive nature of dementia, and the pervasive idea memory loss is the (only) thing to look for, there’s some confusion about what’s normal. In this post, we look at what’s not normal to give you a better idea of when it’s time to intervene.

Signs of Changes in Usual Behavior

Dementia-related behaviors are the top reason people get in touch with me.

The word “challenging” often doesn’t come close to describing the helplessness, frustration, and sometimes even fear that family care partners experience when it comes to “behaviors.”

One of the worst things we can do is assume that any behavior is “just” dementia and not attempt to figure out the underlying cause. That said, this type of communication can be particularly difficult for family care partners: this person they love is now acting like someone they’ve never met.

As family, we often aren’t sure when or if we need to reach out for professional help. The following is a list of behavioral changes–change in usual behavior–indicating a need for help.

Why it’s a big deal: It’s not true that people living with dementia all just get to this point. If someone is showing aggression or violence, there’s a reason.

It may be sleep deprivation, or frustration, or untreated pain. Or it could be an urinary tract infection. Or it may be signs of frontotemporal dementia (FTD).

This one issue alone illustrates why it’s important to never assume it’s “just” dementia. Instead, make a doctor appointment. (See How To Get Someone with Dementia To Go To The Doctor.)

When to intervene: Immediately.

Intervention quick tip: Don’t “rush” the person; that will only make it worse. Maintain visual supervision from a safe distance while systematically eliminating any environmental cues that could be contributing. Aim for a calm(er) environment.

Why it’s a big deal: “Sundowning” is another catch-all misnomer. It refers to a group of “behaviors” people living with dementia may exhibit later in the day. See 10 Tips to Help You Cope with Dementia-related Sundowning to get more insight into why this happens and how to successfully manage it.

When to intervene: Ideally, before it starts.

Intervention quick tip: In order to avoid “sundowning” altogether, see 10 Dementia Care Tips to Prevent Early Evening Behavior Changes. In addition to the ten tips, I give you a different way to think about what’s happening. How we think about things informs how we act on them; it’s important we get this piece on “sundowning” right so we can manage it better.

Why it’s a big deal: I don’t think anything shocks families more than sexual behavior, which is understandable. But it’s also important to understand this is fairly common. Your beloved husband, dad, or grandpa didn’t suddenly turn pervy.

As humans, we need and crave intimacy–which may or may not be sexual in nature. Yet people who live in care communities go, on average, 3 months at a stretch without any non-care related physical touch or affection.

When to intervene: When it’s clearly inappropriate. The inappropriate part comes into play when someone confuses one person for another, or has a damaged frontotemporal lobe (the part of the brain that controls social norms behavior, such as keeping your clothes on while in public).

Intervention quick tip: The other thing to keep in mind here is that what we perceive as sexual behavior may not be. Someone may be touching body parts to indicate pain or an itch. Still, it’s important to get to the root cause of why this is happening.

Assuming you’ve ruled out pain or itching, apply the principle of addition before subtraction and intervene by giving the person something else to do with their hands.

Why it’s a big deal: This could be caused by an infection, or constipation, or a stroke, or…. The point here is that when someone isn’t aware of what’s going on with themselves, they need our help and intervention. Many (most?) dementia care partners don’t realize it, but infection and constipation can be life-threatening.

Constipation can be a result of a blockage. My grandfather, who had Alzheimer’s disease, didn’t realize he had a problem until it was too late.

When to intervene: Right away. Timely treatment is crucial, no matter what tv shows would lead you to believe.

Intervention quick tip: Call the advice nurse, head to the doctor’s office, or urgent care, or emergency department, or call 9-1-1 (or whatever the emergency service is in your country). Just take action.

Why it’s a big deal: Here, too, this could be caused by a number of underlying issues. What we always want to avoid is the assumption that anything and everything our person goes through is simply due to disease progression. Dementia isn’t a cure for other conditions.

That said, this one may indeed be due to disease progression. It’s not so much loss of motivation or apathy, though, as it’s people getting to the point where they’re no longer to hold on to a thought long enough to carry it through to a meaningful conclusion.

This often translates into looking like apathy, but it’s important to remember that it’s not.

When to intervene: Every time you notice it.

Intervention quick tip: Provide cues and clues about what to do and how to do it. Pro tip: Show rather than tell.

For more on “behaviors” and how to manage them, listen to my conversation with Mike Good on The Alzheimer’s Podcast Episode 15: Learn How to Resolve Dementia Behaviors Without Medications.

Depending on the type of dementia your person has, it's a 2-20 year process. That's a long time for trial and error. If you don't already have a strategy, it's time to get one. I'll help you; just schedule a complimentary call with me.

Christy Turner is a speaker and consultant, the founder of DementiaSherpa.com, and creator of the program What To Do When Your Parent or Partner Has Dementia. She’s a regular contributor on The Alzheimer’s Podcast  with her segments “Guiding You Through Rough Terrain with The Dementia Sherpa.” Christy has enjoyed the privilege of working with over 1200 people living with dementia and their families.