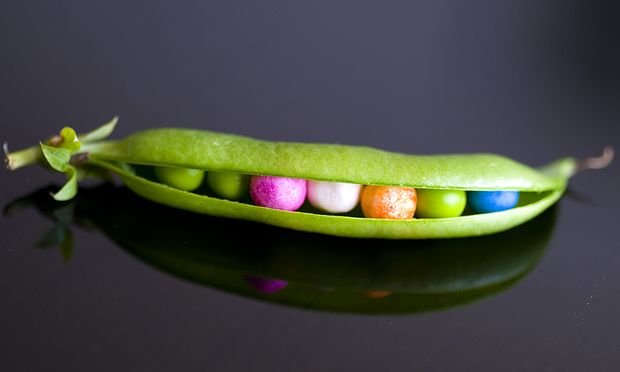 “What’s ‘normal with dementia?” I asked my subscribers to tell me what they wanted to know, and that was the number one answer.

In addition to wondering what to expect as the disease progresses, readers wanted a clear idea of what’s normal. You wanted to eliminate the guesswork.

Put another way, all women haven’t led the same life simply because we have being a woman in common; however, the vast majority of us have experienced at least a few things in common by virtue of the fact we’re women. With that in mind, here we go on what’s normal with dementia.

First and foremost–always!–people living with dementia are people. Unfortunately, yet another part of normal with dementia is people being labeled virtually anything other than a person.

It’s true I’m Marshall’s daughter, and Michael’s love, and a business owner, and a woman, blah blah blah. But first and foremost, I’m Christy. Like everyone else I’ve ever met, people living with dementia like to be acknowledged as human beings.

Dementia isn’t a “cure” for having emotions.

It’s normal for all human beings to have and express emotions, based on what they’re feeling in a particular moment. It’s not your job to keep someone laughing 24/7.

Everyone is entitled to her own feelings, whether we like them, agree with them, or think they’re wrong. Feelings just are. That’s normal with dementia, too.

Short-term memory loss is one of the first noticeable signs that something has gone awry in the brain. Think of it as a “last in, first out” process. As the dementia progresses, long-term memory will become increasingly difficult to access, too.

It never goes away.

Once it appears on the scene, dementia doesn’t go away. It’s chronic, progressive, incurable, and terminal. Meaning, it always gets worse, and it always ends the same way. I’m sorry to say this, too, is normal with dementia.

Depending on the cause of the dementia, it could be a slow, steady progression (as with Alzheimer’s), or more a stair step-type progression (as with vascular). Unfortunately, many families I’ve worked with report the family doctor never mentioned this at the time of diagnosis.

Dementia isn’t a “cure” for any other medical condition.

Don’t assume any change in normal behavior or personality is dementia. It could be something else entirely. The reason it’s important to get something amiss checked out is because dementia affects the whole brain. That means the immune system, too.

Another important thing to know is that people living with dementia often exhibit symptoms differently than others. Urinary tract infections are a prime example. A younger, healthier person will complain of a burning sensation while voiding, and often the pain associated with bladder spasms.

In those with dementia, the first signs something is wrong are usually a change in normal behavior and often a sudden onset of increased confusion. (“Sudden” and “increased” are the key here.)

Besides hearing loss being highly correlated with dementia, it also takes longer for a brain under attack to figure out what others are talking about. Likewise, it takes longer to figure out what to say, to choose the right word, and to think of the word they want. These are called receptive and expressive communication deficits.

All that said, you can still communicate in a meaningful way all the way through to your person’s last breath. (See Dementia + Communication: 7 Ways to Knock it out of the Park and The #1 Key to Amazingly Awesome Dementia Care.)

For more about communication and how to adapt so your person can best understand you, grab the communication bundle if you haven’t already.

Makes sense when we’re talking about a brain under attack, right? It’s the mental equivalent of sprinting through quicksand, so please be patient and helpful. (Saying “Hurry up!” or “What’s taking you so long?” is neither.)

Also know that it becomes increasingly difficult for someone to hold on to a thought long enough to carry it through to a meaningful action. In practical terms, this means saying, “Get ready so we can go,” is meaningless. It’s too vague and has too many steps that need to be broken down.

Instead, your person will need the support of you breaking the task down into one step at a time (see the example here, toward the bottom). She may also benefit from you showing her what you mean rather than telling her. That’s normal with dementia.

The ability to have a great day.

People living with dementia are very much able to have a great day! Often, this is easier for them to do with your support. Having a great day–or half day, or hour, or moment–doesn’t mean they’re “faking it” about having dementia.

No matter what the cause of dementia in your loved one–Alzheimer’s disease, vascular, Lewy Bodies, Parkinson’s disease, MS, ALS, AIDS, alcohol or drug-related, Huntington’s disease, Cruezfeldt-Jakob, frontotemporal degeneration, TBI, CTE–the brain has been affected in some manner. So it’s not going to perform as it was originally designed to do. The happy flip side to that is that sometimes, that will result in a spectacular stretch of time where your loved seems a-okay, “on,” totally fine.

And then that moment, or hour, or day will go away. So please enjoy the great bits. Stamp them on your heart.

Being “in denial” about having dementia.

This is actually a sign of anosognosia, meaning the person has no insight into any impairments she may have. Why? Because her brain is telling her everything is hunky-dory!

Who would you believe? Your own brain, or some family member telling you you’re “in denial”?

About 80% of people with dementia have anosognosia. The more you insist you’re right, the more you erode your credibility with your loved one.

This list is just a tiny fraction of what’s normal. For more on that, and how to handle it, grab your complimentary copy of 48 Quick Tips for Dementia Care Partners.

The main thing to remember is that you’ll be continuously creating a new normal throughout this whole disease process. Just when you’ve finally got a handle on something, it’ll change and some other thing will demand your attention. That’s normal with dementia.