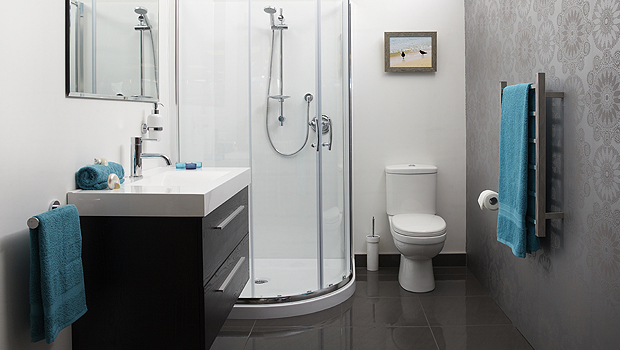 Not to be confused with potty mouth (we’ll save that for a different day), by potty talk, I mean a discussion of some the biggest challenges family care partners face when it comes to the bathroom.

Q: How long should it take someone in the bathroom? My mom takes forever!

A: As long as it takes. A good rule of thumb: double the amount of time it would take you, then add an extra 15 minutes just for the heck of it.

Q: Wouldn’t it be quicker if I just did stuff for her, like brush her hair and so forth?

A: Not really. Besides the fact we want people to remain as independent as possible for as long as possible–use it or lose it–that approach creates learned dependence, so you end up having to do everything yourself!

Q: I love my pretty spa-like bathroom. I’m not so sure I want a bunch of ugly functional stuff in it.

Grab bars. Install permanent bars, or pick up suction type at Home Depot. (I know suction sounds a little sketchy, but they really do work.) Place outside the tub or shower stall, as well as in multiple locations inside. Don’t forget on either side of the toilet, too.

Shower bench or chair. A bench is only viable for someone who has trunk control.

Detachable shower wand. Make sure you get one that has “soft” settings, not just a choice between spray-of-needles and tsunami-of-needles. Pro Tip: At a certain point in the disease process, showering HURTS. The water hitting the skin really does feel like an attack of needles. Get past the idea that getting into a shower is the only way to get clean.

3-in-1. So called because it can be used as a shower chair, placed over a commode to help someone stay upright and/or stand up, and also as a bedside commode.

Out of sight=no grooming. Make sure toothbrush, toothpaste, comb/brush, shave supplies, deodorant, soap, and hand towels are on the counter in plain sight. Keep everything else out of sight. The goal here is providing visual cues of what needs to happen–not an overwhelming task list. Or a distracting visual feast.

Q: Okay, I’ve got everything out on the counter, but my mom still doesn’t seem to know what to do.

A: As the disease progresses, visual cues won’t be enough on their own anymore. At that point, offer verbal cues also. Keep it short, concrete, and positive–one task at a time.

A: When your parent needs more hands-on help, remember to keep him involved by setting him up to do as much as possible for himself. Soap up a washcloth and have your dad wash his face while you’re washing a different area. Place your hand on the toothbrush and do the brushing motions, but have your dad’s hand on top of yours, providing him with a sense of control.

Q: That’s all great, but what about toileting?! My mom says she has to go, I get her to the bathroom in time, and yet by the time she comes out, I’ve got a big mess to deal with!

A: As with personal grooming (or any other task), people progressively need more help. This can include talking someone through the task, which is what it sounds like your mom needs. The principle is the same for all multi-step tasks: short, concrete, concise.

For toileting, the sequence goes like this, with a pause between each instruction (said in a gentle, encouraging tone) to allow time for the task to be completed:

That probably included way more steps than you were thinking, right? Specificity works really well with someone who’s struggling to know what to do.

The main thing with bathroom challenges, as well as any other kind of challenge related to dementia, is to remember to always bring respect, kindness, and love into every interaction with your parent.

REMINDER: you are never, ever alone! No matter how isolated you may feel, the truth is that I’m right here on the other side of the screen and I am always rooting for you! Reach out any time, social media links are below.

I’m always interested in what you have to say! Send me an email to christy@ctcdcm.com.