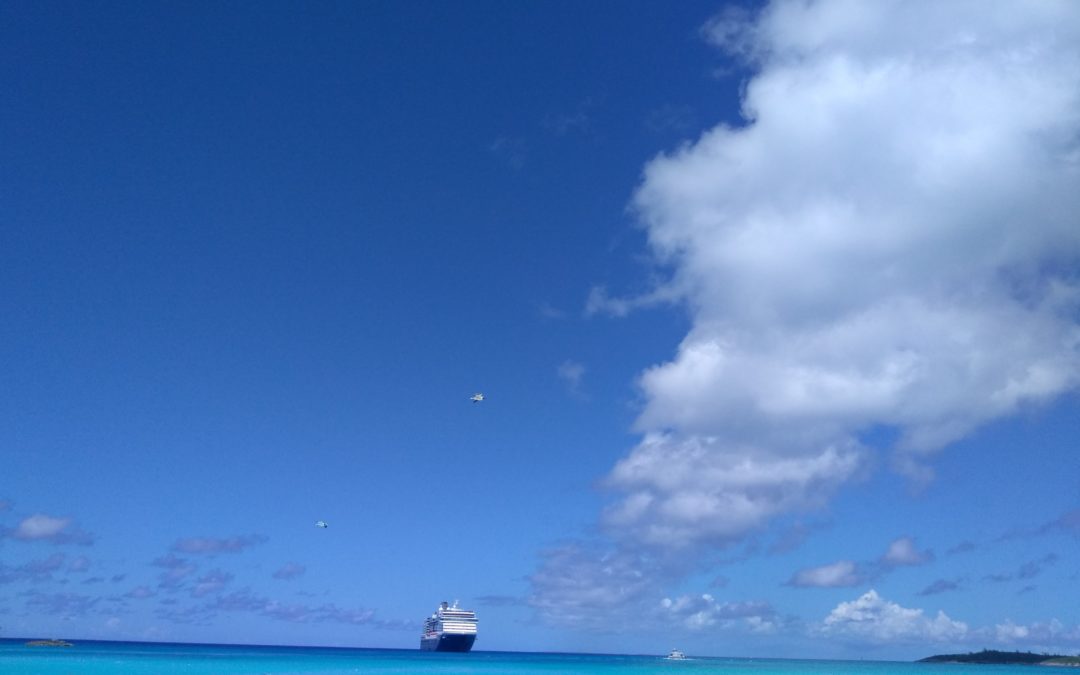 I’ve just spent one of the most enjoyable weeks of my life.

I’m sitting in Jacksonville, another five hours before my connecting flight, reflecting on the Inaugural Connecting Circles of Care and Building Bridges of Hope Cruise & Conference (#AlzCruiseTropics19).

Any time I’m working with a client and their family, I feel like I’ve got the best “job” ever (even though it never feels like a job). But getting to hang out with this specific group from the cruise–people living with dementia, their spouses, and various sorts of professionals–all week long was divine next-level stuff.

I understand the general public mostly freaks out at the thought of spending a week on a boat with a bunch of people living with dementia and their care partners. I feel sorry for those people in the general public, because they don’t get to witness (and be enveloped by) the grace I saw.

They don’t get to know the joy of being part of a group who live in the now, who are thrilled to be among others who get it. That is a really awesome group of people to hang with for a week.

My original thought was to write a comprehensive recap of the experience to share with you guys this morning, but I quickly realized there’s no way. Instead, I’ll be sharing much more in the weeks to come, both via the blog and The Alzheimer’s Podcast.*

And that brings me to a super exciting announcement: Jeffrey Borghoff and Philip Gutis have agreed to come on the show and share their experiences as people living with younger-onset Alzheimer’s disease.

Jeff was our keynote speaker for #AlzCruiseTropics19, and he is the face of the Alzheimer’s Association’s younger-onset awareness campaign. Jeff also generously volunteered his professional expertise, ensuring the IT operations ran smoothly for the conference.

Phil, a former New York Times reporter and current contributor, joined the cruise and conference after having first spent the week in D.C., doing advocacy work on behalf of the Alzheimer’s Association.

As you’ll soon find out for yourself, there’s much to admire about both these men. For now, I’m focusing on three qualities I love in anyone: they’re willing to candidly share their experiences and insights; they’re generous with their time; and they’re funny. Phil has agreed to be a recurring guest, and I’m looking forward to trying to talk Jeff into doing the same.

As thrilling as it is to land Jeff and Phil, we managed to get a cherry on top, too: Jeff’s wife, Kimberly Borghoff, and Phil’s husband, Tim Weaver, have also agreed to come on the show. (And yes, Kim and Tim are just as forthright, generous, and funny as their husbands.)

I’m leaving out about two dozen other people who were an essential part of our cruise and conference experience, but I will definitely be sharing more about them in the coming weeks and months. You’ve heard of pick up basketball games? Everywhere I turned, I found an opportunity for a pick up master class in dementia, care partnering, grace, and the Good Stuff.

It was such a privilege to get to spend time with and learn from so many terrific people, and I look forward to sharing with you what I learned from them.

Have questions for Jeff, Phil, Kim, or Tim? Email me so we can include them in our upcoming chats!

*I’ll send a notification when part two of my interview with Dr Tia Powell, author of the new book, Dementia Reimagined, will be available Tuesday, April 16, on The Alzheimer’s Podcast.

Dementia can last for 20 years. That's a long time to fly by the seat of your pants, struggling through trial and error! If you don't have a strategy, but you're ready to step into the life you and your loved one deserve,
schedule your complimentary Dementia Caregiver Strategy call with Christy.

Christy Turner is a speaker and consultant, host of The Alzheimer’s Podcast, founder of DementiaSherpa.com, and creator of the online programs Memory Care at Home and The Dementia Sherpa’s Guide to Moving into Memory Care. She’s enjoyed the privilege of working with over 1,500 people living with dementia and their families so far…including multiple experiences in her own family.