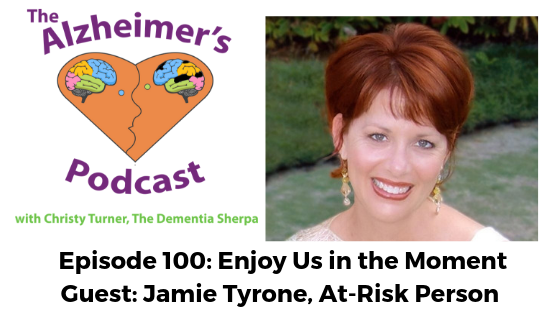 Jamie didn’t let any of that slow her down. A trained nurse and former marketing executive, she’s now a full time advocate for Alzheimer’s research. She’s the CEO and founder of Beating Alzheimer’s by Embracing Science (B.A.B.E.S) and has a new book out, Fighting for My Life: How to Thrive in the Shadow of Alzheimer’s.

In this episode, Jamie shares some of what she’s learned as a care partner to her dad and a friend living with Dementia with Lewy Bodies.