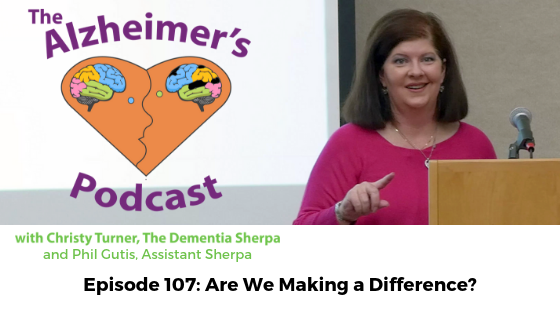 Phil Gutis, our Assistant Sherpa, and I wonder if we’re making a difference or shouting into the wind, and Phil drops a truth bomb for care partners.