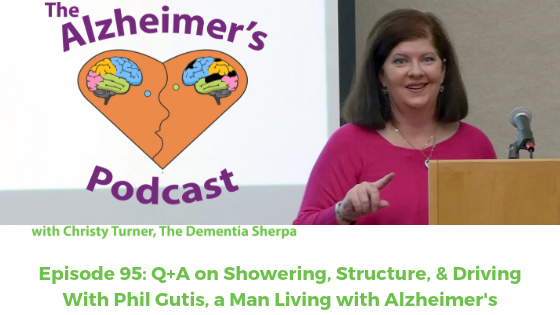 Phil Gutis answers questions about trying to get him into the shower, lack of structure in a day, and what happens when multitasking and driving collide.

Phil is a former New York Times reporter, Alzheimer’s advocate, and a man living with Alzheimer’s disease. He was diagnosed with younger onset three years ago at age 54.