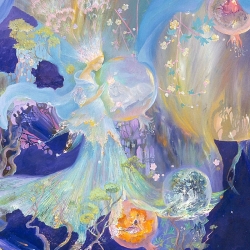 When I write about my experiences working with over 1,100 people living with dementia and their families, I think of it as “a way to somehow make sense of what can often feel inexplicable,” I recently told my readers.

“It’s a way to try to construct a road map for you. A way of saying, ‘I’m sorry you got diverted on this path, too. Here are the landmines I’ve marked. I hope it helps you avoid them.’”

More Entries on A Road Map

I called it “a travelogue of sorts,” but I wasn’t talking specifically about dementia this time. Instead, I was talking about the end of life, about things that I thought maybe people didn’t already know.  My particular road map assumes you’re close to your loved one, and that his or her illness (such as dementia) will allow you an educated guess about when the end of life is happening.

Readers honored me by sharing their own experiences; friends reminded me there were important things I left out. Here, then, drawing from their stories, mine, and the many experienced and observant professionals I’ve worked with over the years, are more entries on this road map, in case you didn’t already have them marked.

Dying And Birthing Have A Couple Things In Common

Being witness to either isn’t for everyone, and both take an enormous amount of energy on the part of the person actively doing it. I’ve been privileged to be present at the moment of death 21 times now. I understand not everyone views it as a privilege. That doesn’t change the fact that it’s just as important and just as special as being present at a birth. That said, I’ve never been present for a birth, so I get we all have our limits.

One of the things that typically surprises families about dementia is how much energy the person living with it burns through in a single day. Dying is no different. We understand birthing requires energy; dying does, too. The more good juju we can lend to the experience, the more supportive we can be, the better.

People tend to wait for three specific things to happen before they pass: good-bye to special people, reassurance, and permission. The waiting can be nerve-wracking for families, as they watch a person they love struggling or seemingly caught between life and death.

My dad asked my mom, “When will the kids be here?” numerous times as we scrambled to get to him from out-of-state. He regained consciousness for separate goodbyes to each of us, reassurance we would be okay (and make sure Mom would be, too), and permission to go in peace.  He died eight hours later.

Some people are aware of what’s coming, either because they’ve had a diagnosis, or because they just seem to have a subconscious “knowing.” A part of normal aging is doing a life review, thinking about what’s been accomplished and what hasn’t, making peace with choices and regrets, and achieving (or reaffirming) spiritual reconciliation.

Some write or tell life stories to others as part of the process; others try to work it out internally. My dad spent the last year of his life (without any terminal diagnosis) quietly cleaning out and organizing his office, assembling packages of pictures and other keepsakes for specific people.

One of my dad’s pet peeves was the endless list of euphemisms for dying, a sentiment echoed by friend Catherine, who told me, “I never understood ‘passing’ until I saw it happen with my mom. Now I understand why people say that. It’s not to be euphemistic. The soul really does pass.”

The person doing the passing chooses who’ll be present at the time. Based on my own and countless others’ experiences, it seems to be a 50-50 proposition as to whether family will be allowed. This is such an important part to understand, because so much anger, guilt, and recrimination can follow when a person passes alone–yet the solo journey always happens because he made the choice to do it that way!

I’ve stopped counting the number of times a person is hanging on for seemingly unknown reasons. The goodbyes have been said, reassurances offered, permissions given. The family has been gathered around the bedside for days. Finally, when the family is almost delirious with exhaustion and emotional overwhelm, badly in need of a meal, a shower, a change of clothes, a nap…when they finally walk out of the room, the passing happens.

I’ve noticed spouses tend to be more inviting, allowing their partners to be present, but parents often will wait until their children (and I mean, people in their 60s, 70s, and even early 80s) leave the room. I interpret it as that last act of parental protection.

Families naturally want to make sure the process is as easy as possible for their loved one. Three things in particular make it appear to family that things are going badly for their loved one: hallucinations, breathing pattern, and lack of eating/drinking.

“Hallucinations,” or as I like to call them, “visits” are quite common. Parents and grandparents are especially popular figures. The passing person will stop communicating with family at bedside and instead focus on a spot in the distance, often at the seam where the wall meets the ceiling.

He’ll motion to, reach for, and talk with family who’ve already passed, often in a way witnesses call “mumbling,” “delirious,” or “hallucinations.” And yet, the only distressing part for the person who’s preparing to pass seems to be the argument about appropriate timing.

Breathing changes, called Cheyne-Stokes (and more colloquially, a “death rattle”), are normal and actually don’t cause distress to the dying person. It’s part of the process of the body shutting down operations. We owe much of our knowledge about how it feels to die to terminally ill cancer patients who’ve shared their experience.

Far from feeling bad, once a person stops eating and drinking, the brain releases endorphins that create a sense of well-being and can be almost euphoric. This, too, is part of the process of the body shutting down operations.

Honestly, if it’s only three things, you’re probably well ahead of the curve. But these three things in particular can haunt you: minimizing concerns, minimizing feelings, and thinking time is infinite.

You minimize your loved one’s concerns when you say things like “You’re fine!” or “You’ll beat this!” or “Everything’s going to be okay!” Note an exclamation mark at the end of each of these statements? For some inexplicable reason, we tend to not only minimize and dismiss concerns, but we like to do it enthusiastically, too!

You minimize feelings when say things like “Don’t talk like that,” or “You don’t mean that,” or “You need to fight.” These things are usually said with a tone of disapproval, a note of indignation. Please don’t trade in an opportunity to listen and to get closer because it makes you feel uncomfortable.

Think time is infinite? I’ve always thought of myself as hyper-aware of time. And yet I cancelled a planned visit to see my parents–four months before my dad died, as it turns out–because I’d regained 20 pounds and didn’t want to let my dad down. He’d been so encouraging when I lost it.

I don’t know how to ever get past that.