#115: But What if Your Person Doesn’t Want Others to Know? 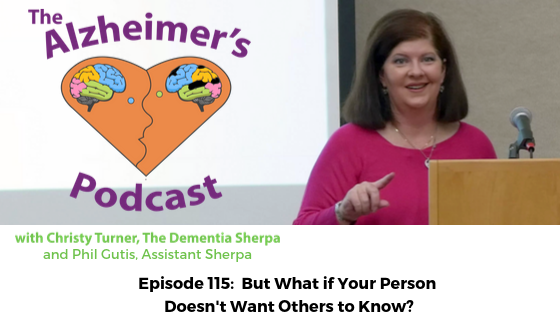 Phil and I discuss a listener’s email question about how to handle his person not wanting others to know about the diagnosis. Plus, we end with Phil sharing how a college friend helped him remember their favorite class.

Mentioned in This Episode